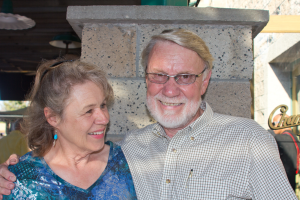 Over the years, the Bailys expanded their holdings, and in 1994 purchased one of Temecula’s original vineyards, a 20-acre parcel which was planted in 1968. In 1992 they opened Baily Wine Country Café (Now located in Old Town Temecula and owned by son Chris and daughter-in-law Kim). In 1998 they opened their tasting room and restaurant, Carol’s, on Rancho California Road, and in 2001 built a new, larger production facility at the site of the original winery on Pauba Road. (Scroll down to view video of Phil Baily telling his story about his humble beginnings as a winemaker in Temecula).

Really enjoyed your Meritage... taking my last bottle to dinner w/ friends tonight. Love your wine tastes and all the information your share about wines and how to appreciate them. Looking forward to getting up there soon again.

We have visited Baily Vineyard and found them to be one of the best wineries in Temecula.  Do yourself a favor and check it out...I work at a winery and was blown away by the quality of wine & service.